You pray for something and it happens! And you still feel disappointed… 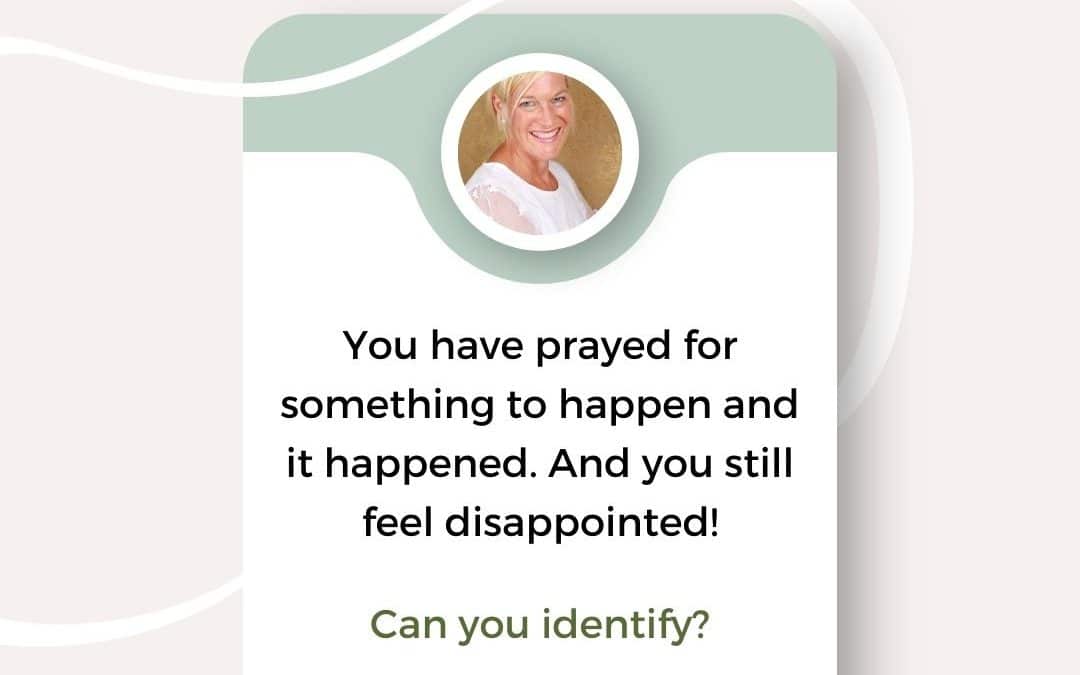 Do you know that feeling? I was asked to apply for a job. It would have been very influential, Europe included, a lot of fundraising, sometimes being political…. When I was asked if I would apply for this role, I was very reluctant. Was this really for me? I would have had to reduce my engagement for young leaders massively and was very unsure how this would fit my planning. I so want to finish my studies first. But I felt I should “obey” and went through the procedure of application, getting incredible references and having an interview.

I was dialoguing with God about this saying, I would be willing but he would really need to speak here. It would cost me a lot to take this on and I was not sure if I would be the best choice, also for my own sake and well-being.

After this 3-month process, I received a very kind call to tell me I was not chosen. I had prayed the day before hoping that they would rather choose someone else. So when the call with the news came, one side of me was so relieved.

Funnily enough, though I really did not want this role, it still sucked not to have been chosen. For a day or two I analysed my emotions. I had prayed for this result and still I felt slightly disappointed. I realized it came down to my fear of rejection and pride.

Did I really want to be chosen and then have the honour of turning down this offer? How stupid would this be for the selection team and the organisation? There was silly me making a fuss where it was least needed. I received what I had hoped for and am grateful. It cleared my mind! 🙂

I have decided to hang in there until God speaks. And hopefully it will only be for spring 2023, if I have a say.

Have you had similar experiences? Can you identify and what has helped you?