LAUNCHED A SPEAKER´S PLATFORM FOR WOMEN 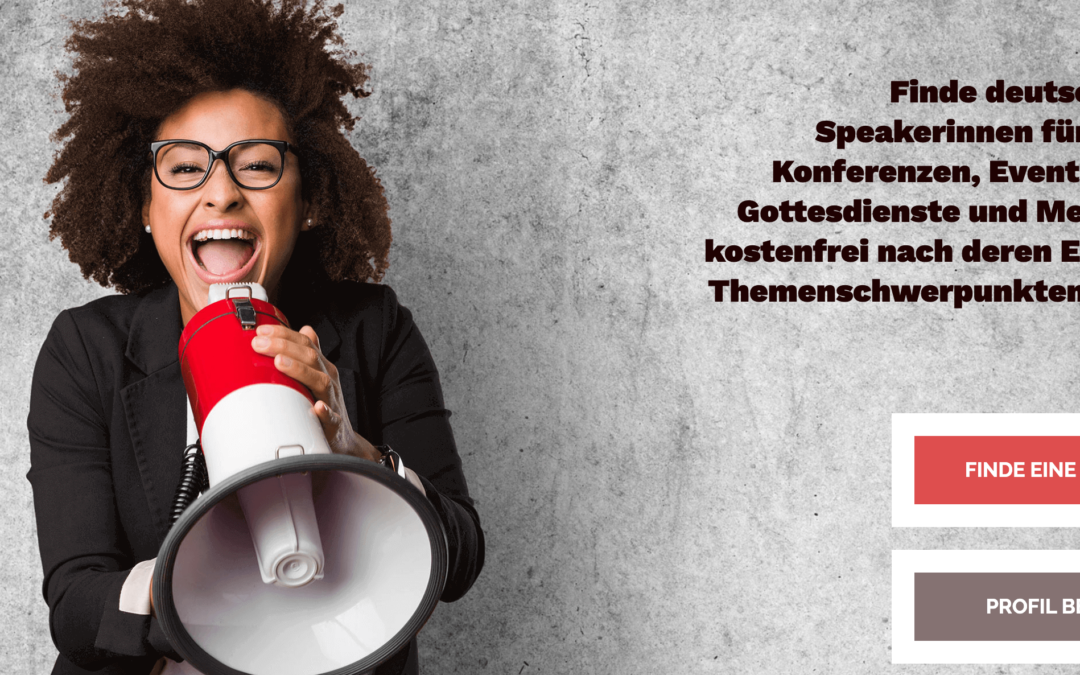 Over the last two years I had this dream of setting up a speaker´s platform for women in Germany, Austria and Switzerland (DACH). But the question arose if I should be the one getting this off the ground. My focus is more on younger leaders in general but less about women only. As time went on, I undertook some research and realized that the UK has this great platform “Project 3:28” but we have got none of this in the German speaking world. Over the next few months I felt challenged by God to raise my voice for women more and next to starting “She leads” (https://www.leadnow.center/sheleads/) I knew the next thing would be this platform. My dad, having seven daughters himself, was very much behind this idea and provided the thousand Euros to create this database.

The concept was in the drawer already for a year but then things happened all at once. In August 2021, David Bunce, the designer also of the English platform, took a whole week to set it up, Nancy Pietsch (my vice-chair in LeadNow) and I tested and tested, some wonderful girls helped us to translate all the missing pieces… Then we asked the first 20 girls to register and point us to the bugs.

In September then the platform (https://www.speakerinnenplattform.de/) was officially launched with press releases and emails were sent out to invite a) women to register as speakers from the three countries plus b) inviting event organisers to register as well. We hope that no more can people say we cannot find any women for their events, stages, Sunday services… Within the first two months we have seen 130 women and 100 organisations/churches register and are really excited about meeting this gap.

I am delighted about the people´s responses and the interest by Christian magazines and even a Swiss radio for all their interviews and pointing to this website. This is such a huge encouragement for which I am so very grateful: